The IRS Couldn't Stop This Supermom from Saving 97% in Tax Relief!

Charise* is a self-employed wife and mother that fell on extremely difficult times when her husband and daughter become ill. Between her husband’s cancer bills, her daughter’s Hodgkin’s Lymphoma, and an expensive mortgage, she simply couldn’t afford her unpaid taxes.

Her home was in foreclosure and the IRS was garnishing her Social Security income. Charise was able to acquire a Currently Non-Collectible (CNC) status, but her liens were accruing. This New Jersey family and career woman were losing it all and had nowhere to turn.

Although Charise had a CNC status, two years weren’t accounted for because she hadn’t filed. Her TaxRise team helped her prepare and file those taxes so that they could be added to her CNC.

Those taxes were prepared and filed within 15 days. The only thing left to do was to draft an OIC, or offer in compromise, to present to the IRS. The OIC would also outline Charise’s financial hardship, going over her finances and expenses.

We were able to gather enough information to build a solid case. From there, a proposal was sent to both the IRS and Charise. Upon Charise’s approval, negotiations for an OIC were put into motion.

Now, Charise can focus on her family’s health without the weight of tax debt.

Be the next success story! Take our survey now and we will put you in touch with a resolution officer today! 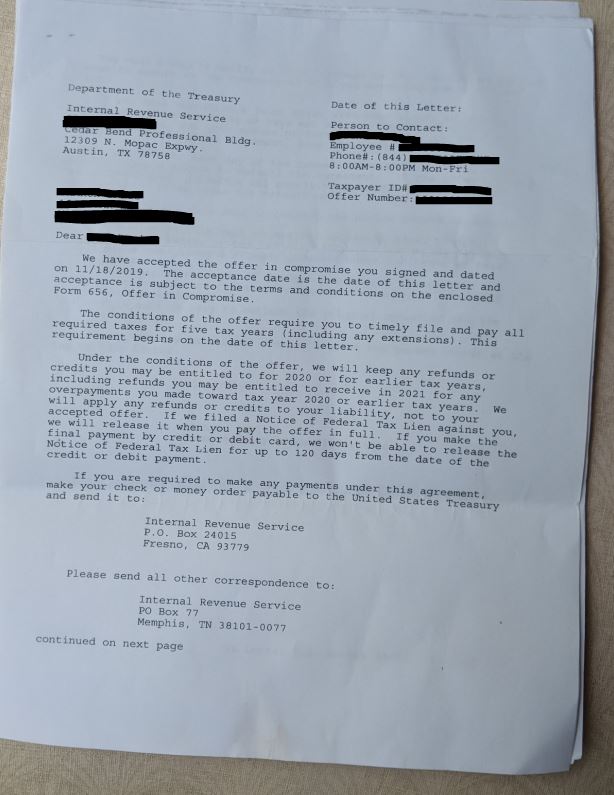