CARPINTERIA, CA. – Judith of California was able to secure her property with the help of TaxRise.

Judith Wallace* is a retired widow. Since her husband’s passing, and her retirement, she did not have nearly the same income as she had in the past.

Judith could not keep up with the payments on her home which was going into foreclosure. She had no choice but to sell her home of forty years.

All she could find was an apartment, yet even that was pretty expensive. After the move, Judith took a fall and severely injured her foot, preventing her from walking for months.

Judith used to work as a licensed cosmetologist, an alcohol and drug counselor, and a hospital chaplain.

However, at the time when the IRS issued a levy on her property, she was unable to work due to her injury and living alone without a means of income. All she had to pay her bills was her social security and the money left over from selling her previous home – but that was going to run out eventually.

Living alone and out of work due to her injury, the IRS still issued a levy against Judith's property.

Judith was in serious financial hardship when she came to TaxRise. So, while our team conducted a detailed analysis of her tax history, we advised her to write up a letter proving hardship.

TaxRise also provided her with the Power of Attorney, which protected her from the collection efforts of the IRS momentarily.

Next, the TaxRise team had to verify that the client was still using the money from her sold home for necessary living expenses/ medical expenses so that it could be discounted as a dissipated asset.

The IRS only saw Judith as a faceless, nameless, number. We saw her as a person who needed financial help.

After presenting Judith’s case to the IRS, both the client and the IRS accepted the offer in compromise, settling the $10,000 liability for $500. Likewise, the levy was lifted from Judith’s property. 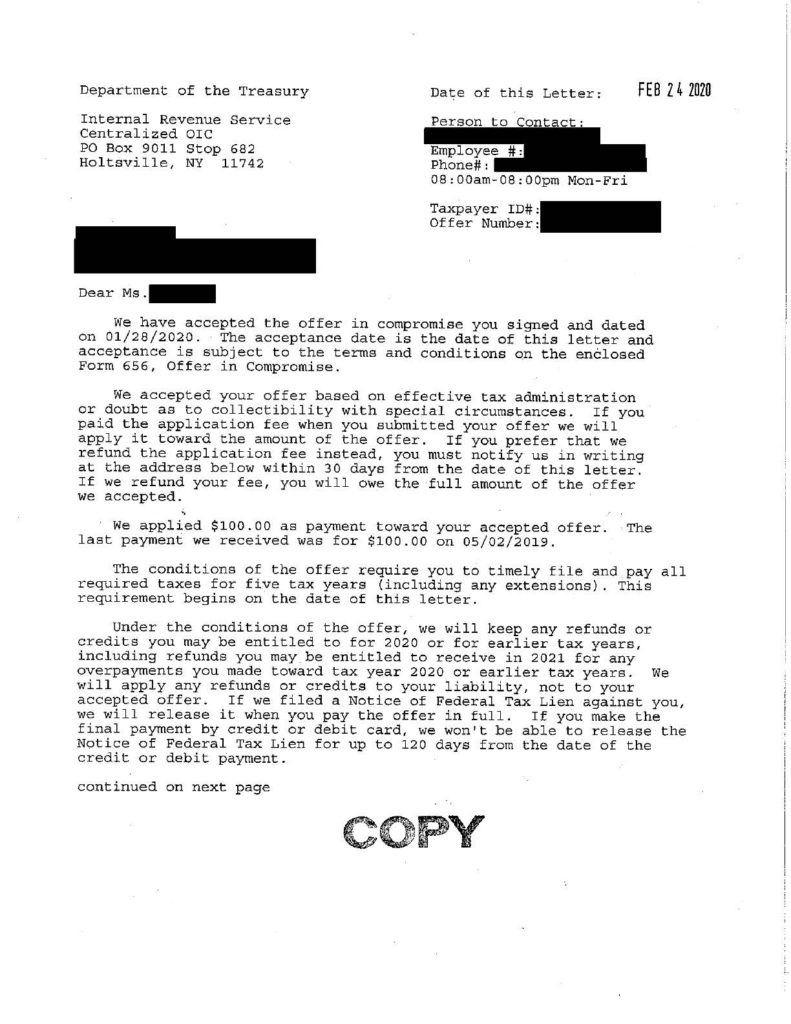