Texas – Young, W-2 wage earner manages to reduce his tax debt despite the IRS’s reluctance to accept a resolution.

Julian* is one of our youngest clients. TaxRise has helped younger taxpayers before – however, the average tax relief client is 40-65 years old with a sizable amount of debt.

When examining a case for a resolution, the IRS will look more favorably on an older taxpayer rather than a younger one. The reason? The IRS wants to collect as much money as possible from delinquent taxpayers – younger people are less likely to have huge debts that the IRS can milk for years.

Julian was young and therefore a poor candidate for an IRS resolution.

Nonetheless, young taxpayers can be just as likely to end up in tax trouble as older ones. Julian was no different, as he was stuck in two payment plans: one for his student loan debt and the other for his federal tax debt. The former payment plan was $75 a month, and the latter payment plan was $130 a month.

Living paycheck to paycheck, Julian knew he needed to resolve his tax issue before it got worse.

When Julian came to TaxRise in 2019, he had $8,043.63 in tax debt. While financially, he was a good candidate for an IRS resolution, he was relatively young, which hurt his chances of an offer in compromise.

An offer in compromise is the best type of debt relief available; it is an agreement between the taxpayer and the IRS to reduce the tax debt amount in question by as much as 90 or even 95%.

The IRS prefers to put delinquent taxpayers in payment plans – which Julian was in already. Even our tax experts knew Julian’s chances of a resolution were slim. But we weren’t going to give up on him before we had even started.

Despite Julian's situation, the TaxRise experts had a plan that would persuade the IRS.

The TaxRise team formulated a strategy to persuade the IRS examiner to agree to an offer in compromise with our client. To accomplish this task, we needed to show evidence that Julian was experiencing economic hardship and could not reasonably pay off his tax debt.

After collecting the necessary documents from Julian, the TaxRise team created a sound argument that proved to the IRS that Julian could not pay off $8,043.63 while simultaneously making payments for his student loan debt. 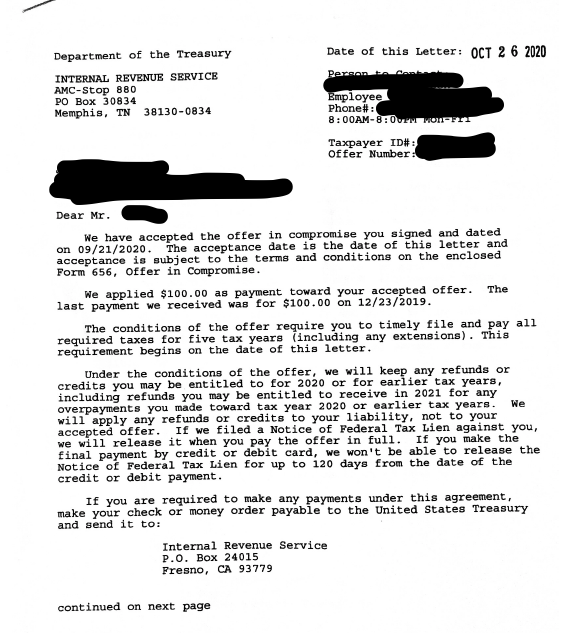