TaxRise releases bank levy and reduces a federal IRS debt by over 99%.

She is a retired homeowner and due to her husband unfortunately contracting Lyme Disease, she was struggling under the weight of her medical bills as well.

Because Karla owned a home, her hardship case was difficult to make. Many IRS examiners are of the opinion that if you own property, you have enough equity to pay off your IRS debt.

But that wasn’t the case for Karla and her husband. Selling their home was not an option, and we needed to prove the real financial that they were facing — even though it appeared they wouldn’t qualify on paper.

Since Karla’s case was more complicated, there were a number of steps that needed to be taken to get the resolution that she deserved.

Before we could settle Karla’s debt, we needed to take immediate action against the active bank levy that was currently draining Karla’s account.

Our tax professionals got to work building her case to release her bank levy. With a little negotiation, our team was able to get her levy released during her time as a TaxRise client.

Then we began the real work.

We built a case for an Offer in Compromise, but it was a risky move…and we knew it. Our initial offer that was submitted was denied, and the IRS countered to settle the debt for $12,000.

Karla’s team re-strategized and made a stronger medical hardship case.  The IRS Examiner still didn’t budge, so we took Karla’s case to a judge — and we won. 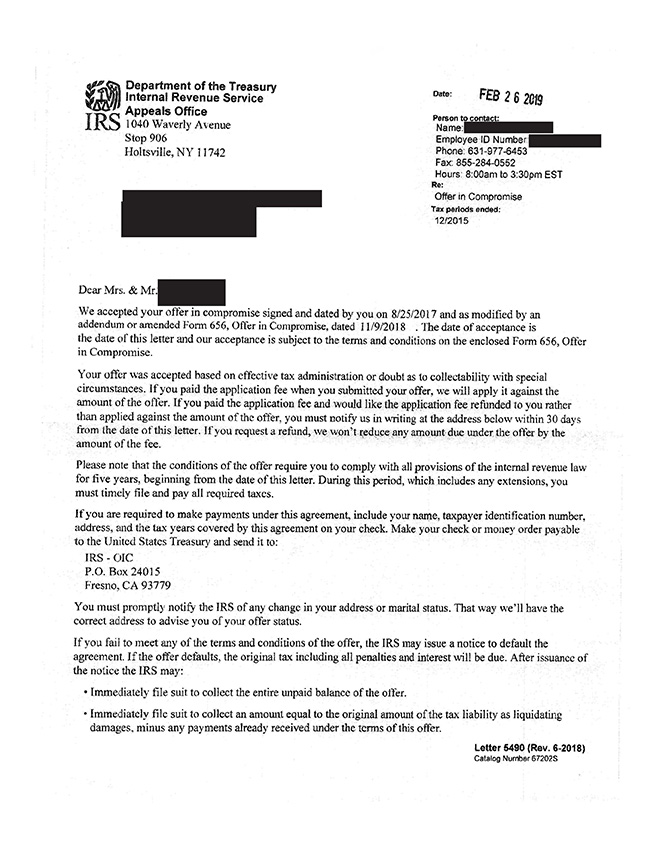