CHICAGO, IL. – Susan of Illinois settled her liability and secured a stable home for her son and nephew.

Susan Tailor* was a Nursing Assistant living in Chicago, Illinois with her son. However, her finances would take a serious hit when she heard the news of her sister’s passing.

Susan’s sister had a son who, after his mother’s death, was in an out of homes and – at times – practically homeless. Susan fought for two years until she eventually won custody of him, taking him off the streets.

Susan took her nephew off the streets and into her home, but at great cost to her savings.

Susan brought her nephew into her home and bought him all the amenities he had been previously lacking such as clothes and furniture. Simultaneously, she had to pay a large sum of money for her own son’s dental surgery.

To make matters even more strenuous, Susan injured her back. As a nursing assistant, she was constantly standing, but her injury prevented her from standing for extended periods.

It was at this point where Susan realized the extent of her financial trouble. Although taking her nephew into her home was incredibly noble, it along with several other factors, was putting a financial strain on her already rough situation.

Susan came to TaxRise with a $13,510.89 liability, active bankruptcy, and an injury that rendered her only capable of part-time work.

After a detailed analysis of Susan’s case, the team at TaxRise contacted the IRS Revenue Officer in charge of her case. We knew we needed to resolve this matter quickly for Susan, as she was taking care of so many people with so little income.

The tax experts at TaxRise helped Susan compile a long list of required documentation. These items ranged from the death certificate of her sister to the custody papers for her nephew.

Each piece of information was instrumental in building a strong case to convince the IRS of Susan’s inability to pay the ridiculous amount they were asking of her.

With some skilled negotiating, our team was able to halt all IRS collection activities. The TaxRise experts then quickly and efficiently crafted an offer in compromise (OIC).

All that was left was to wait for the approval of the IRS. 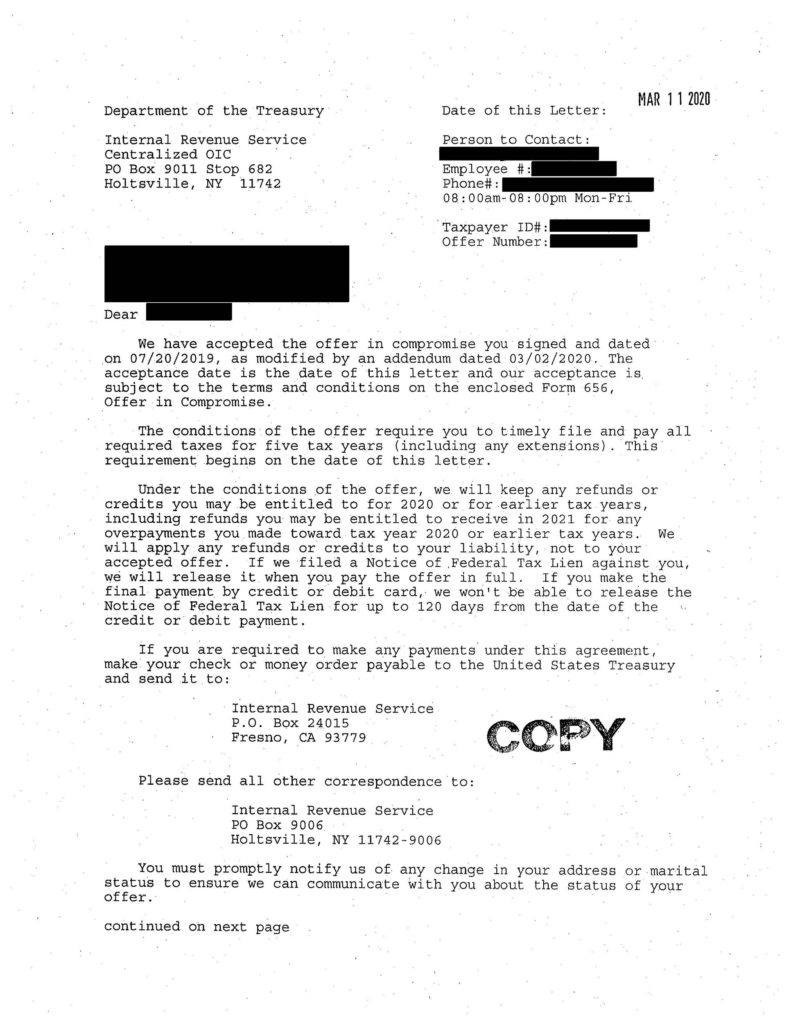