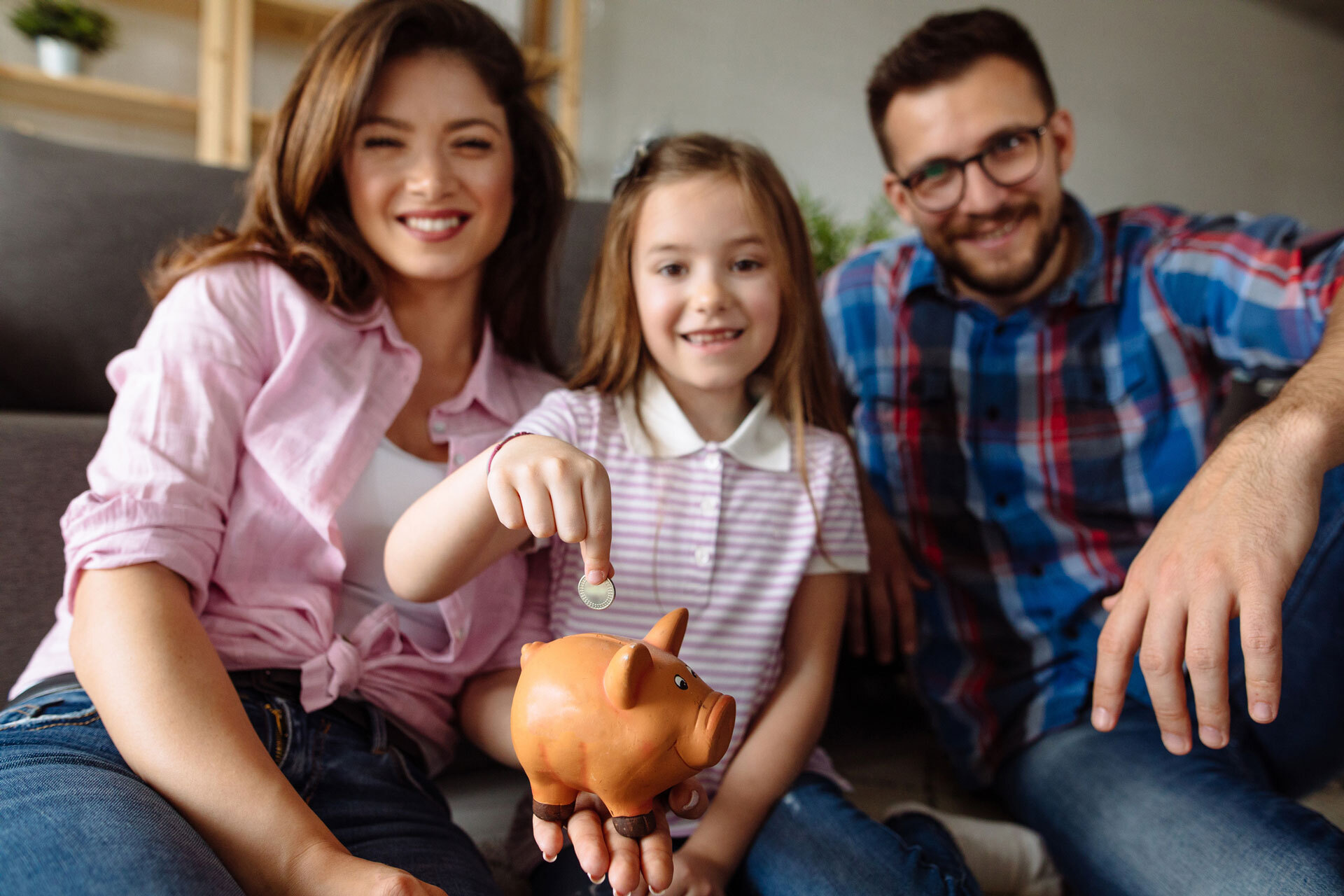 While a 401(k) is not an absolute guard against potential hardship, it is an ideal way for you to secure the later years of your life. Carefully following 401(k) regulations can also prevent the accumulation of tax debt and IRS penalties.

A 401(k) is a “qualified” retirement savings and investing plan offered by employers. Typically, this money is saved for retirement and invested in a variety of mutual funds. A 401(k) is also eligible for tax benefits under IRS guidelines.

Standard 401(k) plans are set up between employers and employees and allow employees to automatically divert a portion of their salary into an investment. These earnings are invested in the employee’s choice of stocks, bonds, mutual funds, and cash.

Moreover, invested funds are not taxed until withdrawn from the 401(k). Keep in mind that you cannot withdraw any money from the account until you are 59½, or you will incur a tax penalty.

Not every employer will offer access to a traditionally 401(k) plan – thankfully, there are other types of 401(k)s.

A traditional 401(k) plan involves the employee contributing earning into an investment, which is tax-deferred, or – in other words – income taxes are applied when savings are withdrawn.

A SIMPLE 401(k) plan combines the qualities of a traditional 401(k) and a SIMPLE IRA. This type of 401(k) is ideal for companies with 100 or fewer employees, and it caps employee contributions at a lower annual amount.

Solo 401(k) plans are for employers who have no full-time employees besides their spouses and partners.

Roth 401(k) plan requires employees to pay income tax immediately on their contributions. Conversely, money taken out at retirement does not have any further taxes due.

Such benefits of utilizing a 401(k) include tax advantages, easy payroll deductions, financial safeguards, and loans.

Contributions to your 401(k) are pre-taxed, meaning that the IRS doesn’t get a slice. Growth on your investments is not taxed. Pre-tax contributors to your 401(k) also lower your total taxable income for the year.

You won’t need to worry about creditors coming after your 401(k); the Employee Retirement Income Security Act of 1974 protects it.

Sometimes, taking out a short-term 401(k) loan and paying it back on schedule is a sensible idea. However, some experts would argue against such actions.

Employers offer 401(k) plans to their employees. Of course, as stated earlier, not every employer will offer such a benefit. When applying for a job, companies will mention if they offer a 401(k) plan. If you’re unsure if your work provides this – ask your supervisor.

Nevertheless, there are various alternatives, such as individual retirement plans like a Roth IRA. With a Roth IRA, you have to pay income tax immediately upon contributing to your account. However, unlike a 401(k), the money you take out at retirement (or whenever) does not get taxed.

You must be at least 59½ years old or have qualified for an exception to pull money out of your 401(k). Otherwise, the cash you take out is subject to taxes, penalties, and withholdings.

The money you take out prematurely is taxed as ordinary income, the IRS will require automatic withholdings of 20% for taxes, and the IRS may assign a 10% penalty when you file your next tax return.

Often, our clients have tax debt because they made a withdrawal, spend it, then realized later that they spent more money than they technically had.

Most financial experts would advise against making a withdrawal from your 401(k) because of the long-term implications such as stunting your retirement. However, if you must make a withdrawal due to an emergency or hardship, you do have some options.

Roll Over Your 401(k) Without Tax Withholdings

If you need to switch jobs, or if you must make a withdrawal from your 401(k), convert your 401(k) into an IRA. There is no 10% penalty when withdrawing from an IRA.

At the age of 72, you must take the required minimum distributions (RMD) from your retirement accounts. Should you withdraw less than the RMD or make two distributions in the same year, you will owe the IRS an excise tax of 50% of the deficit.

Alternatively, you could invest in a Roth account over a traditional 401(k). You can take out money anytime from a Roth 401(k) without incurring a penalty because income tax is paid immediately upon contributing to a Roth 401(k).

A 401(k) is a great investing tool primarily withdrawn at retirement. While not all employers offer it, there are various forms and alternatives, such as a Roth IRA.

One of the primary reasons why our clients have accumulated tax debt is because of early 401(k) withdrawals. If you are currently experiencing tax debt as a result of an early withdrawal, please call us at 833-419-RISE(7473), and we’ll connect you with one of our tax experts.

Any new or systemic Liens and/or Levies will also be suspended for the time being.

Passport Certifications to the State Department

For taxpayers who are considered “seriously delinquent”, the IRS will suspend any new certifications for the remaining period. Any taxpayer who falls into this category in reminded and encouraged to enter into an Installment Agreement or apply for an Offer In Compromise.

The IRS will not forward any new delinquent accounts to private collection agencies at this time.

Taxpayers have until July 15, 2020 to verify to the IRS they are qualify for the Earned Income Tax Credit or to confirm their income. If the taxpayer is unable to verify their credentials or provide appropriate documents for this credit, they are encouraged to notify the IRS before the deadline. No cases will be denied this credit for failure to provide requested information until July 15.

Case workers will continue business as usual. However, most case work will be conducted remotely (video/over the phone conferences). Any requests for documentation sent by the Office of Appeals should be responded to in a timely manner to ensure a smooth process.

The IRS will continue to take the appropriate measures to stay compliant and protect the applicable statutes of limitations. In situations where certain statutes may be compromised, taxpayers are encouraged to extend such statutes. Otherwise, Notices of Deficiency will be issued by the IRS and similar actions will be pursued to protect the interests of the government in preserving such statutes. Where a statutory period is not set to expire during 2020, the IRS is unlikely to pursue the foregoing actions until at least July 15, 2020.

Practitioners are reminded that PPS wait times may be significantly longer, depending on staffing levels and allocations going forward. The IRS will continue to monitor this as situations develop.

“The IRS will continue to review and, where appropriate, modify or expand the People First Initiative as we continue reviewing our programs and receive feedback from others,” Rettig said. “We are committed to helping people get through this period, and our employees will remain focused on these and other helpful efforts in the days and weeks ahead. I ask for your personal support, your understanding – and your patience – as we navigate our way forward together. Stay safe and take care of your families, friends and others.” 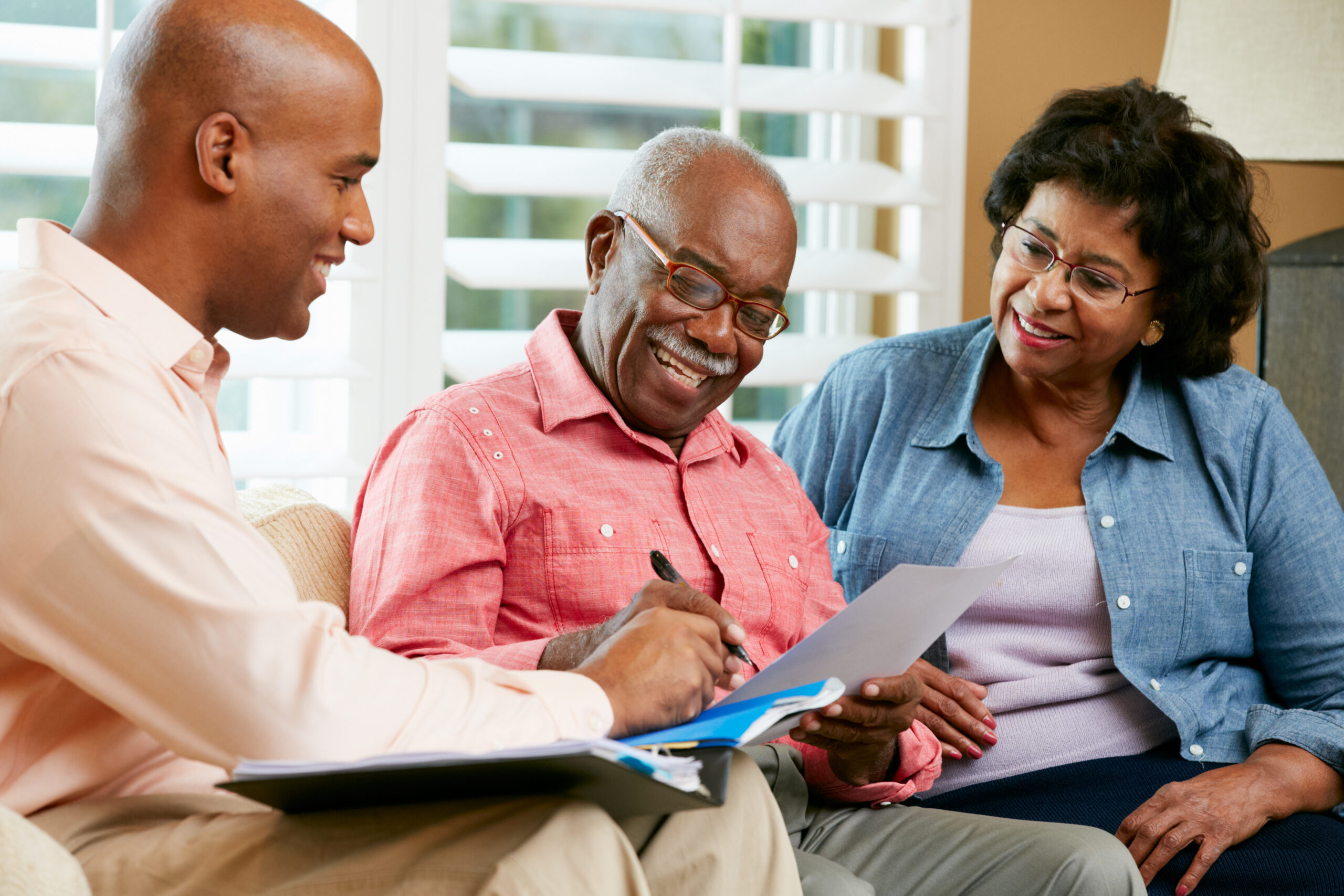 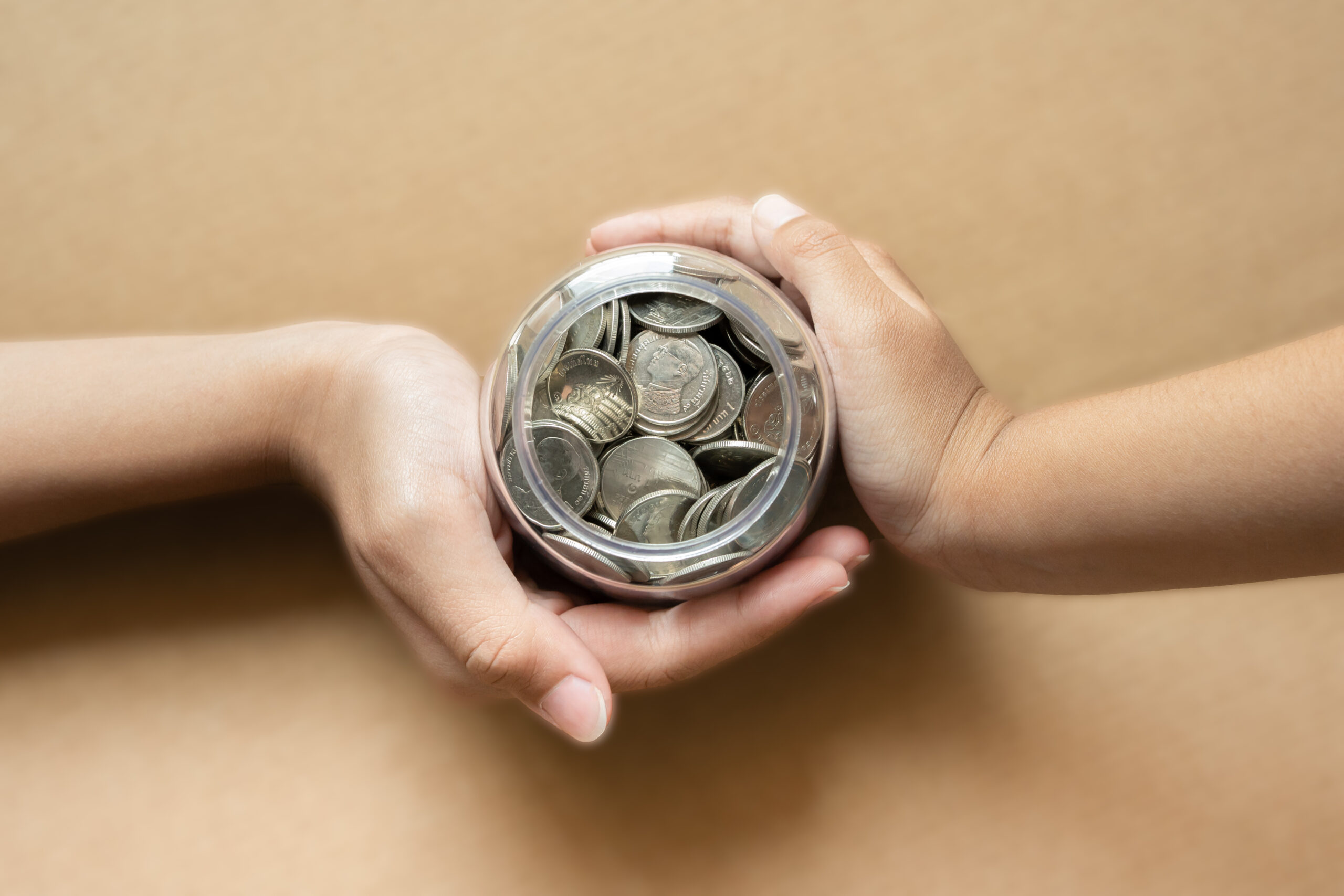 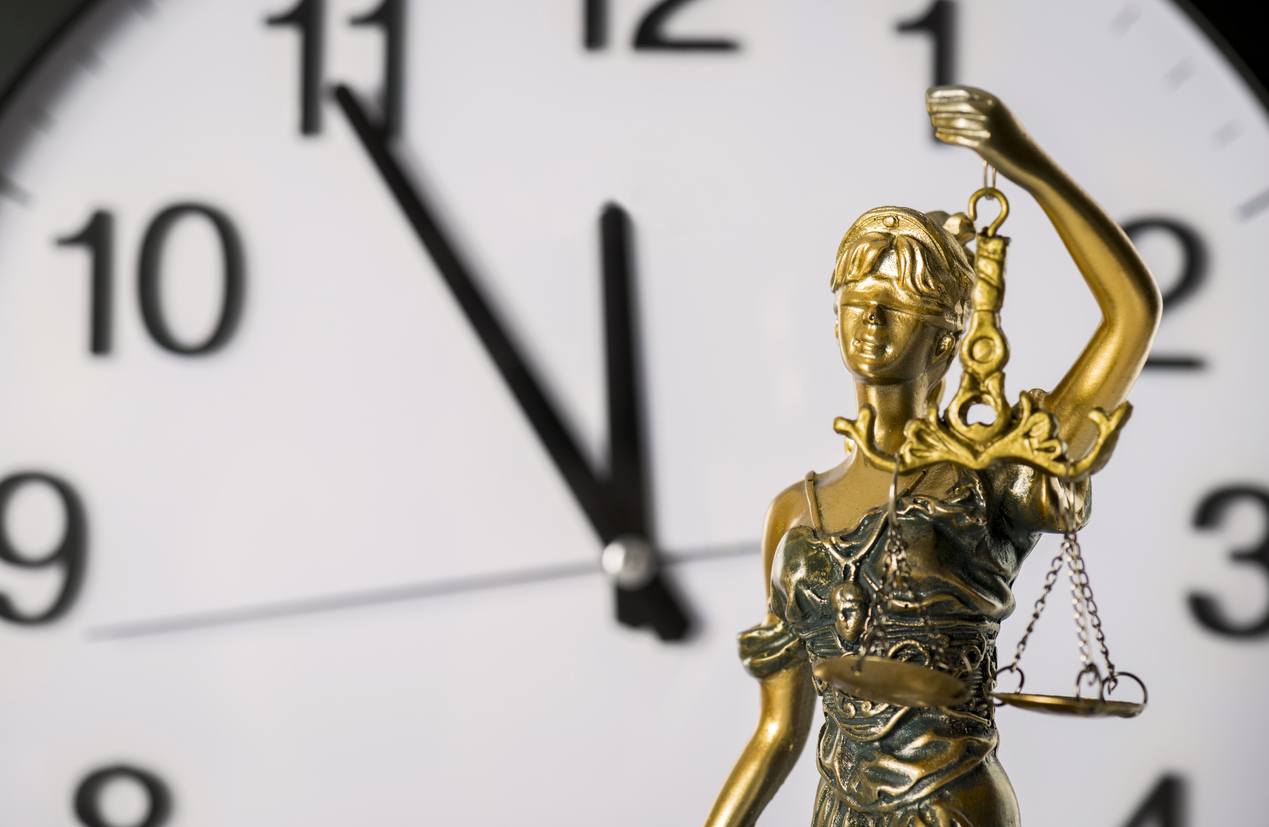